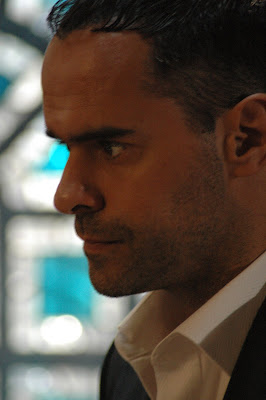 I realise that there hasn't been an update on here for some time.
However there has been a lot of action on NIL over the last few months.

After a few very private test screenings here in LA through October, we are in the middle of a yet another new edit simultaneous with a new audio mix. This is not a new complete edit, just a refinement that plays more aggressively with the timeline of the film. In this I've been heavily influenced by Frank Flowers' Haven, easily the best Orlando Bloom film you've never seen. A special shoutout to him for his extremely helpful comments.

Regarding distribution, NIL is currently part of a four film release package I'm doing that has been held up for the past two months by the global financial meltdown. The key part of this distribution deal is that the film will definitely be theatrically released here in the US in 2009.
At this stage there are no international rights arrangements: our production agent John was at the American Film Market in Santa Monica to line those up this week. However, in the temper of these times, it was a very quiet market so we shall see.

The recent poor performance of RockNRolla hasn't helped us, but with the current push to a more artistic, existential film it will be of little relevance anyway.

Finally, if you neeed to get in touch for any reason: mt@marktierney.com